Remember I wrote up a list of my favorite tropes? Well, earlier on this month I was talking to a blogger who isn’t so interested in the Jane Austen/regency-type books.  This is OK, we all have different things that work for us and things that don’t, but it got me thinking: what are those books that I have no interest in reading? I’m going to borrow a phrase from Angie, and call it “lacking a gene”, because these are tropes that a lot of people like, but when I see them, I’m making a face like when my mom tells me how delicious marrow or chicken feet or durian is and how I’m missing out. Pass.

These may shock you. 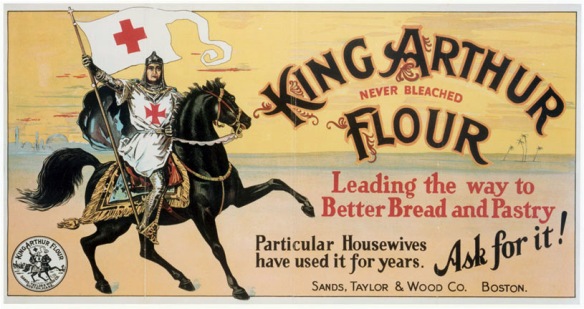 Knights of the round table, magic, a young boy who becomes a king who unites the land. Sounds great in theory, but I don’t have the gene. I’ve read The Mists of Avalon, in high school. Granted my tastes may have changed since then, but as far as I recall, it was OK, but I don’t remember loving it. I remember that it was very long and I was making myself read it. And I think that’s the part of problem I seem to have: it’s never one book. It’s a SERIES. If it is one book, its a big tome. And King Arthur dies at the end, doesn’t he?  I read the books waiting for him to be betrayed and cut off from his men, get a killing blow, and then return to the lake, never to be seen again. The only book that worked for me in this category is The Once and Future King (also Cabot’s Avalon High, but that was a modern retelling so I don’t think it counts). Note that neither book deals with King Arthur’s death. Which is why when I read The Book of Merlyn, also by T. H. White, I didn’t like it as much.  I have no interest in the Merlin mini-series. 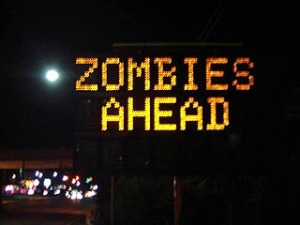 Out of all the supernatural beings, this is my least favorite. I’ll take mummies over zombies. I’ve read and reviewed books about zombies here, and I can objectively read a book with them, but mm, not my favorite supernatural creature. They’re dead and shuffle-y, and the eating brain thing is gross. The thing is, the past couple of years, they’ve become SO POPULAR (should I blame Shaun of the Dead?) that they make surprise appearances in books that don’t give you a clue that zombies will be in them. They’re trendy now! This is where I, as an old fogey, stamp my cane.

I am perfectly willing to be converted though. I remember that over ten years ago, I was a straight fantasy girl. I avoided contemporary fantasy like the plague, and I tried to read a book where an elf somehow through some inter-dimensionality was in New York City, and it was a DNF for me. That was my first foray into urban fantasy. Which I now love and read all the time, but I can’t seem to convert my brother, who complains that he doesn’t like “the real world in his fantasy books”.

How about you? Have any “just not feeling it” tropes?

24 thoughts on “Just not feeling it”