Inspired by this post by need-tea with all its pretty pictures of books, I thought I’d show you pictures of books I have bought in the past month.. Some of these I have posted on twitter, but not here. 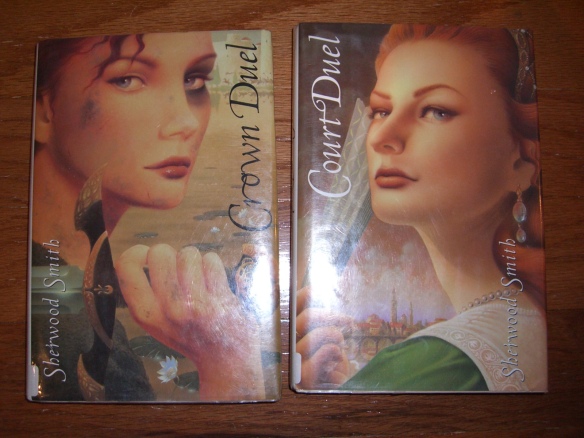 Crown Duel and Court Duel by Sherwood Smith: I have read (and own) this duology (I also have the eBook!), but I don’t ever see the hard cover versions of the books where they are actually separate. Plus they were $1 each at a library sale in Kennebunkport, ME. Soo… I have rescued them.  Consider this post as evidence of my book addiction!

Speaking of library sales and books I’ve already read.. there was a 5 paperbacks for a dollar sale at my local library, and I couldn’t resist getting copies of old-school versions of books I already own: Beauty by Robin McKinley (with $1 B&N sticker still on it!), War For the Oaks by Emma Bull, and Fire and Hemlock by Diana Wynne Jones. Linnets and Valerians by Elizabeth Goudge was an impulse buy based on its cover. I actually can’t remember what I got as book #5..

.. but I think it was this Kristan Higgins book, Fools Rush In. In another used bookstore I got me some Jennifer Crusie since I haven’t read anything but Bet Me. I bought Charlie All Night and Manhunting there.

Speaking of used bookstores, I got the above in AZ used bookstores. Gentleman Takes a Chance by Sarah Hoyt, The Goblin Wood by Hilari Bell, Amazon Ink by Lori Devoti, and Book of a Thousand Days by Shannon Hale. 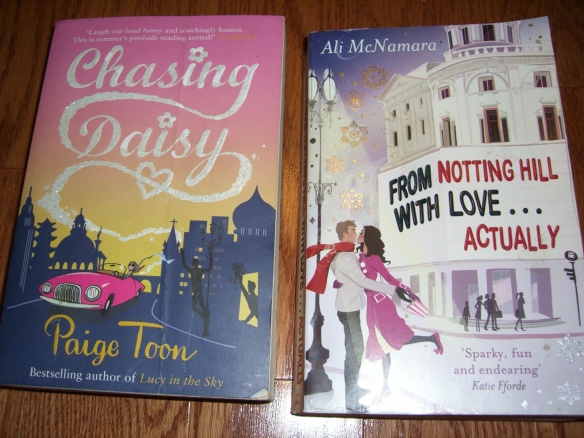 And then I just bought stuff online, like these two British Chick Lit books, From Notting Hill With Love.. Actually by Ali McNamara and Chasing Daisy by Paige Toon (unfortunately I am not loving them now that I started them, but that’s another post). 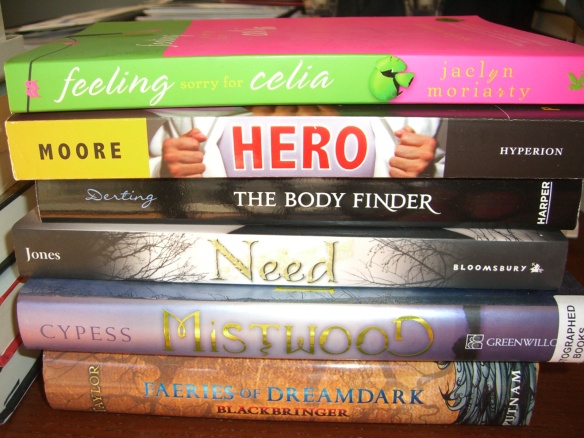 And more stuff bought online. Oh Bookcloseouts and your sales! Feeling Sorry For Celia by Jaclyn Moriarty, Hero by Perry Moore,  The Body Finder by Kimberly Derting, Need by Carrie Jones, Mistwood by Leah Cypress, Faeries of Dreamdark: Blackbringer by Laini Taylor (not included because I’m reading it and forgot to put it on the pile is Coronets and Steel by Sherwood Smith).

And even more stuff bought online. Kitty Goes to War by Carrie Vaughn, Stealing Heaven by Elizabeth Scott, Three Wishes by Liane Moriarty, As You Wish by Jackson Pearce, Hold Me Closer, Necromancer by Lish McBride, Dull Boy by Sarah Cross, and Pink by Lili Wilkinson.  Hmm, I’ve been buying lot more YA than I used to!

These pictures do not include the few ebooks I have also downloaded.. *shifty eyes*.

Oh so my to-be-reviewed list is long now. It’s killing meeee. Yes, I don’t have to review everything I read. But! I want to. 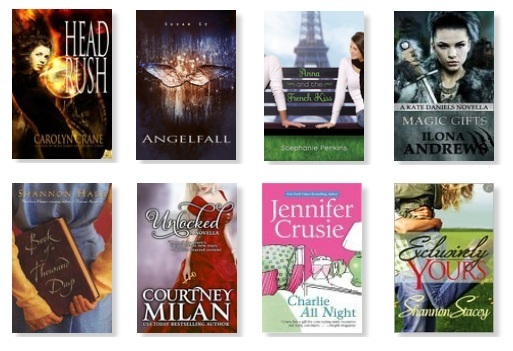 I am also considering reviewing these but they didn’t leave much of an impression, so I might not:

19 thoughts on “Books, so many books! Recent buys and books to be reviewed”