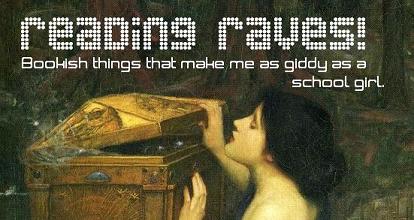 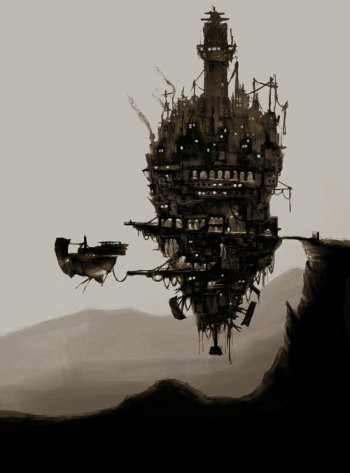 While reading The Cloud Roads by Martha Wells I was reminded of how much I enjoy stories with a floating island in them. It doesn’t seem to be a really common trope, and it got me digging into my bookshelves to find instances of it. 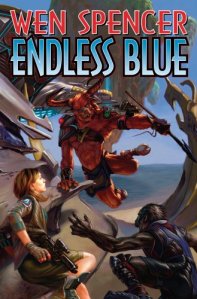 (There’s a floating island on the cover, but it’s obscured by the author and title)

A newcomer sees a floating island for the first time:

Floating landmasses, like the one they had hit, dotted the sky. One plowed through the clouds, roiling the white into a gray. Lightening flickered in the tight knot of polarized air, like a storm inside a bottle. That island was a wedge of stone, perspective obscuring its topside. An island farther in the distance, though, showed a crown of thick green. He would only see the top of the island if it was traveling up a curve.

A local worries it will destroy her boat:

“Orin, have you figured out which vimana it is?”
“It’s — Icarus — I think.” He pushed his work towards her to confirm. “This is where we are.” He tapped the glass covering their chart, their position marked in grease pencil. “There are twenty vimanas on this orbit band. Only one crosses zero around this time. Icarus.”
She turned the book so she could read the detailed listing. Like most vimanas Icarus was roughly boat-shaped with the tapered bow cutting the wind. It was the stern of the landmass that they needed to worry about. Icarus was sixty miles wide and a hundred miles long — one giant sized rain-collector. the overflow poured down off the back end of the vimana in a mile high waterfall. If they were hit by it, nothing on the Rosetta would survive.

The Cloud Roads by Martha Wells: 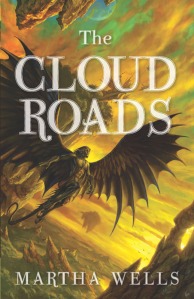 The floating islands of The Cloud Roads by Martha Wells hold mysterious ruins of old civilizations on them:

Moon turned back toward the sky-island where it floated in isolation over the plain. He pushed himself higher until he was well above it.
He circled over the island. Its shape was irregular, with jagged edges. It had been hard to tell how large it was from the ground; from above he could see it was barely four hundred paces across, smaller than the Cordans’ camp. It was covered with vegetation, trees with narrow trunks winding up into spirals, heavy falls of vines, and white, night-blooming flowers. But he could still make out the round shape of a tower, and a building that was a series of stacked squares of vine-covered stone. There were broken sections of walls, choked pools and fountains.
He spotted a balcony jutting out of curtains of foliage and dropped down toward it.

The Death Gate cycle by Margaret Weis and Tracy Hickman: 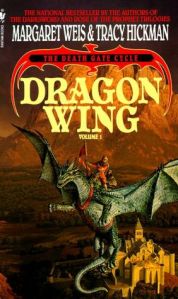 (the floating islands can only be seen on the back side of this cover, which you can check out here– it took a lot of googling to find that online)

In the Death Gate Cycle by Margaret Weis and Tracy Hickman has several worlds created by a Sundering.  Arianius, Realm of Sky, is where the first book, Dragon Wing is set. It has floating islands all over, on three different levels – the High realm, the Mid realm, and the Low realm. These islands are vast, and dragons or flying ships are used to fly between them.

All the floating isles in the Realm of Sky are composed of coralite. The secretion of a small, harmless, snake-shaped creature known as the coral grubb, coralite is spongelike in appearance. When it hardens, it is as strong as granite, though it cannot be cut and polished. Coralite forms very fast; structures made out of the substance are not built so much as grown. Coral grubbs give off a gas that is lighter than air. This keeps the isles suspended in the sky, but can be a nuisance when attempting to construct buildings. The magic of first-house land wizards is necessary to remove it.

Coralite gives off a faint blush of light, causing strands of forest to show up black against the silvery radiance of the ground. Landmarks were easy to locate. Castles or fortresses made of coralite that have not been covered over with a paste of crushed granite gleam softly. Towns, with their shining ribbons of coralite streets, show up easily from the air.

Can you think of other books with this trope in them? I already have my eye on The Floating Islands by Rachel Neumeier, but I don’t know what else is out there.

Just to be clear: the floating island is different from say a floating castle or other man-made floating thing (like the moving castle in Howl’s Moving Castle or airships in many books).

12 thoughts on “Reading Raves: Floating Islands, A Trope I Like”