To celebrate the paperback release of Thirteen by Kelley Armstrong, the final book of the Women of the Otherworld series (available August 6th), Plume has offered a copy for this blog’s readers. 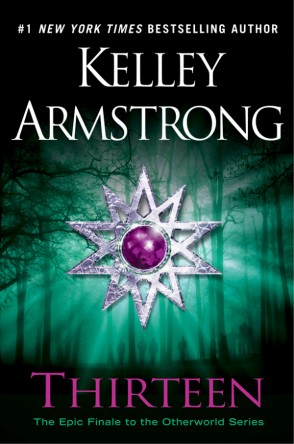 The gripping, epic finale to the bestselling Otherworld series

A war is brewing and the first battle has already been waged. After rescuing her half brother from supernatural medical testing, Savannah Levine—a young witch of remarkable power and a dangerous pedigree—is battered, but still standing. The Supernatural Liberation Movement took him hostage, and they have a maniacal plan to expose the supernatural world to the unknowing.

Savannah is fighting to save her world as witches, werewolves, necromancers, vampires, half-demons, and all the forces of good and evil—including the genetically modified werewolves known as hell hounds—enter the fray. Uniting Savannah with Adam, Elena, Clay, Paige, Lucas, Jaime, Hope, and other denizens of the Otherworld, Thirteen is a thrilling conclusion to this blockbuster series.

This giveaway has ended