Saw this on the Interwebs and thought it was a brilliant (and Machiavellian) plan to get support for library funding.

It’s been nine days since I posted! Oh well.. life has gotten very busy. I’m spending most of me free time shopping for gifts for the family and working on a gift I’m making for my husband. So not much reading going on, but I have some backlog reviews I may be able to put up soon, I hope.

Meanwhile, I wrote up a couple of small things a few weeks ago for other blogs which got posted..

1) Grasping for the Wind – Best endings in the genre
John Ottinger asked some bloggers “What are the best endings in science fiction/fantasy novels?”

My answer was The Farseer Trilogy by Robin Hobb (fantasy), Iron Kissed by Patricia Briggs (urban fantasy), 1984 by George Orwell (science fiction), and Clockwork Heart by Dru Pagliassotti (romantic steampunk). I explained why in that post!

P.S He also did a worst endings post (but I really couldn’t think of one)

So if you are a book blogger, it is FREE to sign up for netgalley where you can browse for books you want to review and request them. Harlequin is one of the publishers who just joined this service, and on their Follow the Reader blog asked some people’s thoughts on that. I’m quoted right smack dab in the middle of Jane Litte of Dear Author and Sarah of SBTB! Wowsa, a brush with blogger fame. 😛 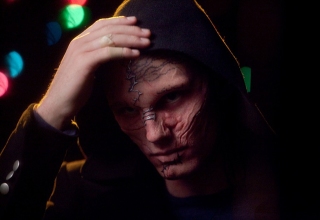 I found out today through scifiwire that Alex Flinn’s book Beastly is coming out in movie form in July 2010. Looks like it could be a bit cheesy, but I may watch it on DVD. I like the Beauty and Beast retellings.. From hitfix.com:

“Kyle Kingson (Alex Pettyfer) has it all – looks, intelligence, wealth and opportunity – and a wicked cruel streak. Prone to mocking and humiliating “aggressively unattractive” classmates, he zeroes in on Goth classmate Kendra, inviting her to the school’s extravagant environmental bash.  Kendra accepts, and, true to form, Kyle blows her off in a particularly savage fashion.  She retaliates by casting a spell that physically transforms him into everything he despises. Enraged by his horrible and unrecognizable appearance he confronts Kendra and learns that the only solution to the curse is to find someone that will love him as he is – a task he considers impossible.

Repulsed by his appearance, Kyle’s callous father banishes him to Brooklyn with a sympathetic housekeeper and blind tutor. As Kyle ponders how to overcome the curse and get his old life back, he chances upon a drug addict in the act of killing a threatening dealer.  Seizing the opportunity, Kyle promises the addict freedom and safety for his daughter, Lindy (Vanessa Hudgens) if she will consent to live in Kyle’s Brooklyn home.  Thus begins Kyle’s journey to discover true love in this hyper-modern retelling of the classic “Beauty and the Beast” story.

Vanessa Hudgens and Alex Pettyfer star in “Beastly” Daniel Barnz (“Phoebe In Wonderland”) directs for CBS Films, the film division within CBS Corporation (NYSE: CBS.A and CBS).  The project commenced principal photography in Montreal on June 13, 2009. Susan Cartsonis (“No Reservations,” “What Women Want”) is producing through her company, Storefront Pictures.  Roz Weisberg is co-producing.  In addition to his role as director, Barnz wrote the screenplay, which is based on the Alex Flinn novel of the same name.”

In other news, Dear Author has posted about cheap kindle deals and how to search for them on Amazon. If you don’t have a kindle, don’t despair, because Amazon now has a Kindle for PC beta up. I downloaded it, and although it sometimes seems like they don’t have all the kinks out yet (like it made me come back later to register my Amazon account, and it’s having problems synching right now), it seems to do the job.

Some free books right now:
1)  The Wild’s Call by Jeri Smith-Ready (distant prequel to the Aspect of Crow trilogy)
2) The Angel Experiment (Maximum Ride, Book 1) by James Patterson
3) My Soul to Lose by Rachel Vincent
4)  The Demon Awakens by R.A. Salvatore
5) Trading in Danger by Elizabeth Moon
6)  A Kiss of Shadows by Laurell K. Hamilton
7)  Starfist: First to Fight by David Sherman
Plus I see all the free harlequins from their 60th anniversary celebration.

I have reviews to do but I’m lazy so here’s a funny book cover that gave me some chuckles. This was from a website that posts particularly hilarous covers and blurbs of self-published books. This too was found through twitter a few months ago but I forgot to post it. This cover is my favorite but there are so many funny ones. It kind of reminds me of the awkward family photos blog. 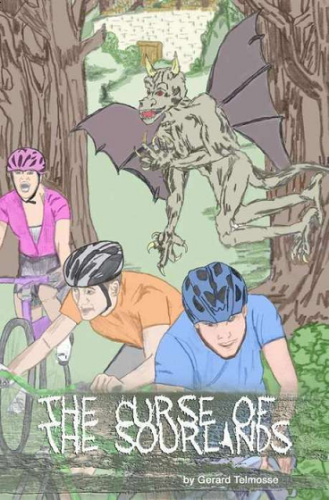 The Curse of the Sourlands

I love twitter. I found out about everyone’s reading there from eagle-eyed @Lou_bookpushers a couple of days ago. I’ve been meaning to try out Deanna Raybourn for a while now, so the first book from her series being out there for free is great. Also amusing: 7 out of the 10 books here have a baby/pregnancy in them!!! (By the way you can download these no matter where you are. I had no problems downloading from the U.S. and Lou is in the U.K I think). 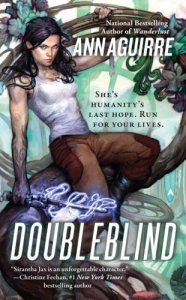 I’m a big Ann Aguirre fangirl and every time I hear news about any of her new books I’m all a-tizzy. So I wanted to point out that over the weekend ocelott has put up the very first review anywhere of Doubleblind. She says:

“if you haven’t read the previous two books, here there be spoilers. If, however, you’ve glommed the first two and are waiting impatiently for Doubleblind to release, you’re safe. I give out no plot twists.”

And with that- – the Doubleblind review is here
I am looking forward to this one because I kind of have a thing for the “ambassador in a strange land/world” trope. Love it. 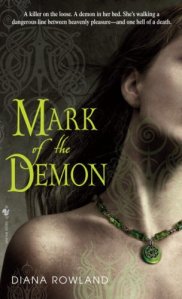 Mark of the Demon
Diana Rowland

There’s a whole BUNCH of new books coming out today. Sci Fi Guy posted June releases on his website and about 80% of the books there I want to read. Which is so bad when I just hauled back 40 some books from BEA. I have the sickness.

Amongst the list (coming out June 23rd) is Diana Rowland’s debut The Mark of the Demon. I’m currently reading it and it is GOOD. Also – the cover is really gorgeous – I gasped aloud when I saw the coverflat. Seriously – it has shiney patterns on it and I am mesmerized by it’s beauty.

The book I’m FOR SURE going to get this week is Ilona Andrew’s Silent Blade which just became available from Saimhain today. I’m all over it. It’s a short story and costs just $2.50. It will be mine, oh yes, it will be mine. 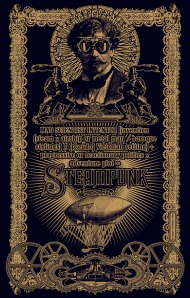 Steampunk
Above artwork is “Steampunk” by John Coulthart

Is Steampunk the new trend in the fantasy genre? I’m beginning to see it everywhere I look. But what is it? The image above has tongue-in-cheek a formula Jeff VanderMeer came up with: Mad Scientist Inventor [invention (steam x airship or metal man / baroque stylings) x (pseudo) Victorian setting] + progressive or reactionary politics x adventure plot = Steampunk.

Some books to look out for:

The books coming out should be interesting. I see both authors with a background in romance and science fiction/fantasy coming into the same genre. I’m really looking forward to the results.

The Galaxy Express: Steampunk Is The New Black
Sflare: 10 steampunk novels you ought to read

“American photographer Thomas Allen constructs witty and clever dioramas using figures cut from the covers of old pulp paperbacks. Using salacious pulp art drawing’s of the ’40s and ’50s that covered books such as ” I Married a Dead Man” and ” Marihuana Girl’, Allen constructs one set of pictures up close while obscuring another, and in the process creates a different context. Each piece is given a brand new storyline, though never quite strays from their cheeky origins”

OK for some reason today is the day for things that make me snort. Two reviews for books I've read had me chortling away: 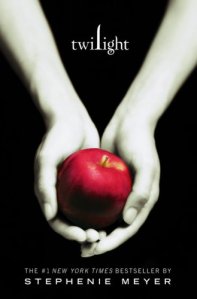 This is so snarky.

A review of Games of Command by Linnea Sinclair here:

This reviewer liked the book a lot (which is good because this is my favorite Sinclair so far) and she still made me laugh.

And for good measure here's a short story that pokes fun at the idea of certain kinds of heroes: http://www.romancingtheblog.com/blog/2009/03/18/one-hero-doesnt-fit-all/

Some interesting contests going on out there right now:

If that's not nutty enough for you, how about the movie "Pride and Predator"? Executive produced by Elton John, it's about Pride and Prejudice plus aliens (I'm still not convinced this isn't a hoax). Smart Bitches is having a 24 hour contest for a $25 gift certificate if you come up with another zany combination of a book with some nutty thing inserted into it like these two shining examples.