As you can see, I still haven’t made my yearly goal to read 100 books, but the number is climbing upwards! The problem is that reviewing books (2006 and 2007 I didn’t review as I do now), cuts into reading time. Oh well, I won’t stop reviewing!

Out of those 82 books, these were my favorites (click on the book to see my review):

Blew me out of the water – Two books this year just had the perfect mix that made me feel like I was in utter love from start to finish. Unless I don’t feel consumed to a semi-obsession, a book won’t get on this list. 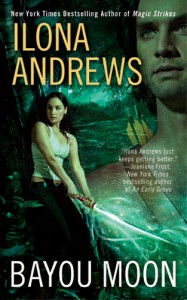 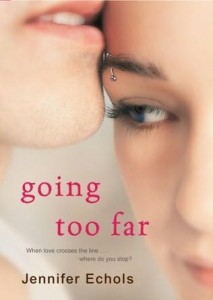 These books I loved and came close perfect (and wow, I had 9 of these this year. Up from 5 last year) 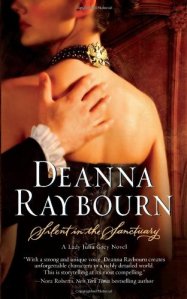 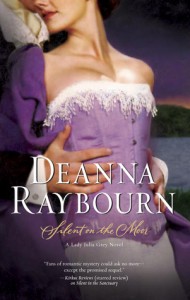 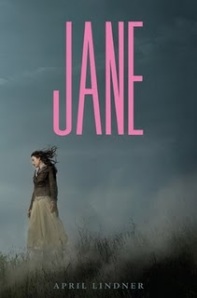 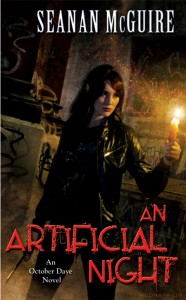 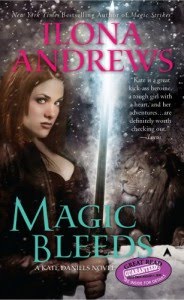 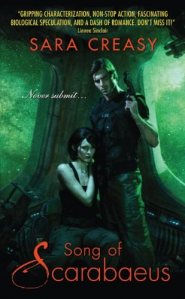 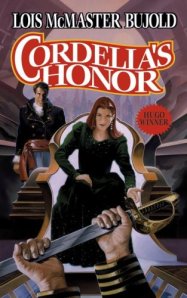 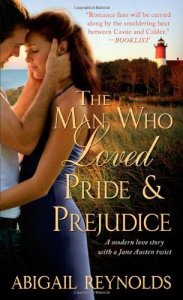 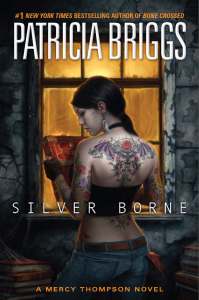 (Note: The Man Who Loved Pride and Prejudice is the repackaged mass market version of Pemberley by the Sea and Cordelia’s Honor is actually 2-books-in-one – I linked to the first book)

1) Keep working on the TBR but don’t worry so much about how many books I buy. Last year I held back on buying books when I wanted to because I was concerned about the size of my TBR (it was 190, now it’s over 250). I’ve decided not to do that – if the TBR grows, it grows. Instead I think I’ll focus on trying to read more often than I have been (this year I often had rows of days where I read nothing. I’d like to read even a few pages a day as long as I read something)

4) Stay easy going in this blogging thing. I think that will all the book blogs out there, it’s easy to put pressure on yourself and lose perspective. I want to make sure to remember that I do this because it makes me happy. 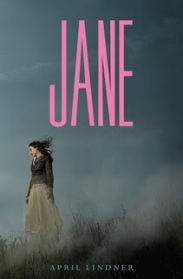 Well, as I’ve mentioned before I’ve been eying Jane by April Lindner first because of the cover posted on Tempting Persephone, then because of Angieville’s review. There was one reviewer who didn’t find the book worked for her, but I decided to plough on and try it. The idea of a modern day retelling with Mr. Rochester as a famous rock star was too appealing to miss. (Also the cover is amazing and it called to me).

The Premise: Jane is a modern day retelling of Charlotte Brontë’s Jane Eyre. Left homeless and penniless after her parent’s accidental death, Jane Moore applies for a job as a live-in nanny, and because of her serious nature, she is considered perfect for the job as a nanny to the daughter of famous rocker, Nico Rathburn. When she gets to Thornfield Park and finally meets Nico, he isn’t the partying playboy she imagined, and she is not the easily impressed fan he’s used to dealing with. There’s a mutual fascination which turns into something more, but the secrets of Rathburn’s past threaten to ruin their fledgling relationship.

****** This review assumes you know the basic story behind Jane Eyre. If you do not, it’s probably best you just skip to the “Overall” section ******

My Thoughts: This book started off muy excellente. I felt my pulse quicken in the early pages, learning about the serious, practical Jane, desperate to find a place to live now that her semester at Sarah Lawrence is over. As she muses about her indifferent family and selfish siblings, I can’t help thinking ahead, knowing that she’s going to get the job. The anticipation was delicious, certain that she deserves something good, and but well aware that Jane has no idea what awaits her at Thornfield Park. I took to Jane very quickly. She has a level headed practicality which actually feels rather refreshing. Under circumstances where the cliched young adult heroine could be twittering and making me cringe, Jane keeps her spine up and never falters. Hooray for a nineteen year old girl who isn’t portrayed as a dimwit!

The fact that Jane didn’t compromise herself in childhood in order to please her family serves her well when she arrives at Rathburn’s estate. She’s a firm but understanding nanny to 5 year old Maddy, and when Nico Rathburn finally appears, despite an internal turbulence caused by his presence, she stays true to her steady self.  Unlike other people, she doesn’t coddle the rock star, and initially she keeps herself well-contained, but Nico is intrigued by the new nanny and keeps her nearby. I knew where things were headed and so I paid careful attention. I think that at first, I liked how the two got along, but the romance may have moved a little more quickly than I would have liked. The looming disaster I knew was coming, the difference in their ages and most importantly, Nico’s role as Jane’s boss worried me more than I remember being worried by the original. I felt unsettled by them in this book, and because I knew Nico’s secret I paid more attention to how he hid it (and how he lied to do so).

I haven’t read Jane Eyre since high school, and I remember the general story, but the details are fuzzy. I remember when I first read it, I was shocked to find out about what was in the attic. After the revelation, previous hints made sense in the original book. In Jane, I already knew what was coming, so the shock value was not there, and the hints strewn throughout the book felt more heavy-handed than necessary.  I wondered – did Brontë’ really leave as many hints as this? After finishing Jane, I got a copy of Jane Eyre to compare, and Jane is surprisingly true to the original, and the hints are the same. So are the lies that Mr Rochester tells his Jane about the strange things she sees in his house. I like that Jane is faithful to the original, but on the other hand, this faithfulness to Nico/Mr. Rochester’s deception left me cold.

I was dismayed when I felt out of love with where Nico and Jane’s relationship had been going. Then a surprising thing happened. I fell back in love with them. I kept reading; Jane does the right thing and leaves, and then she spends time hiding away with the St. John siblings in New Haven, Connecticut. In her time apart from Nico, Jane convinced me that her feelings weren’t just something that happened because of the thrill of having someone like Nico paying attention to her. She can go on with her life and there are other options open to her, but it’s clear that Nico has her heart, even after what he’s done. In her path to forgiving him, I guess I did too. Maybe this is a process I would have gone through re-reading Jane Eyre today. At any rate, I have a new appreciation for Jane’s withdrawal, because it makes all the difference.

At night ,though, I would drift into dreams so vivid I felt I was actually reliving moments Nico and I had shared – his hands on my back, his smell, his taste on my tongue, his voice calling my name, his weight in the bed beside me – and I would startle awake. For minutes afterward, I refused to believe it had only been a dream. And then I couldn’t get back to sleep, my sadness so heavy and palpable I feared I might never sleep again. In those long, dark hours, Nico haunted me like a phantom limb.

Overall: This modern day retelling cleverly leaves the bones of the original intact, staying remarkably close to the plot of Jane Eyre, but in a fresh and youthful package. Jane and her rock star love are nods to Bronte’s original characters, but they are all their own. I may have been disenchanted in the middle, but the ending reversed those feelings. Ultimately, this is a book that lived up to my expectations and I closed the book with a sigh of satisfaction.  Highly recommended for fans of Jane Eyre.

Other reviews:
Angieville – positive
Persephone Reads – positive review
Book Fare Delights – 2 out of 5 (It didn’t work for her, but she explains why very nicely)